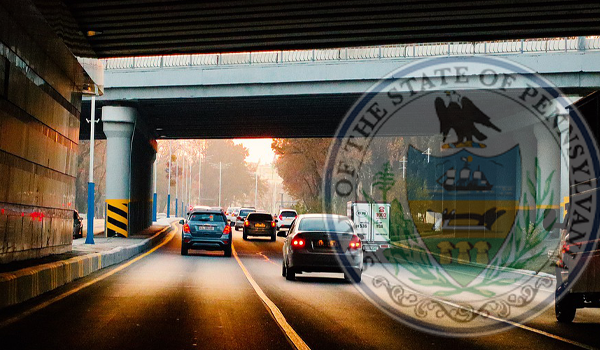 HARRISBURG (May 17, 2021) – By a ratio of nearly 3 to 1, Pennsylvania voters support removing the State Police from a fund that’s dedicated for highway construction, immediately making an additional $700 million per year available to build and maintain highways and bridges, according to a public opinion poll conducted last week.

The Commonwealth would then use a portion of $7 billion in federal stimulus money to backfill the State Police budget for two years, giving the governor and General Assembly time to enact measures that would stabilize the General Fund and the Motor License Fund for the long term. The poll showed that 61% of respondents support this initiative, while 22% oppose it and 15% are undecided.

Robert Latham, executive vice president of Associated Pennsylvania Constructors, said the plan would help to solve a problem that has vexed Pennsylvania for years – namely, diverting revenue earmarked for transportation and using it for non-transportation purposes. Even though the diversions have been reduced in recent years, they still represent 11 cents per gallon of the state gas tax of nearly 60 cents per gallon.

“As many Pennsylvanians know, this diverted money has totaled billions of dollars since the early 2000s and is one of the reasons our highway system is in poor condition,” Latham said. “The federal stimulus revenue presents an opportunity to remove the State Police from the Motor License Fund and return to using the liquid fuel taxes and license and registration fees for their intended purpose, which is highway construction.”

“It is important to underscore that vital public safety operations from the State Police can still be fully funded using American Rescue funds. This proposal in no way reduces funding for the State Police,” he emphasized.
Latham noted that this opportunity arises just as the PennDOT construction budget has fallen to a level not seen since 2006. He said using federal stimulus money for State Police would enable Pennsylvania to restore the PennDOT bridge and highway program without raising the gas tax.

Latham said a $700 million infusion would support about 9,100 family-sustaining jobs throughout the Commonwealth, based on Federal Highway Administration calculations. A longer-term benefit would be an improved transportation network that would encourage economic growth and improve the quality of life for all Pennsylvanians.
The poll was commissioned by APC, the trade association for highway builders, and conducted by Susquehanna Polling and Research. It was fielded between May 3 and May 11 and totaled 700 Pennsylvania voters, for which the sampling error is +3.7% at the 95% confidence level.

Other poll findings show that:

Jun
23
Wed
1:00 pm Weekly Online Update
Weekly Online Update
Jun 23 @ 1:00 pm
APC will be holding its next update for the membership on June 23, 2021 @ 1:00pm. APC staff will be on hand to provide updates on issues impacting the highway construction industry. We encourage members[...]
Jun
28
Mon
1:00 pm Speaker Series: Mike Keiser
Speaker Series: Mike Keiser
Jun 28 @ 1:00 pm
Join us for our next Speaker Series on June 28 from 1-1:30pm when APC’s Bob Latham sits down with Mike Keiser, PennDOT Acting Deputy Secretary for Highway Administration to discuss the current state of the highway construction programincluding the future of the[...]
Jul
16
Fri
8:00 am APC Flagger Train-The-Trainer Pr...
APC Flagger Train-The-Trainer Pr...
Jul 16 @ 8:00 am
July 16, 2021 @ 8:00am The Pennsylvania Department of Transportation’s (PennDOT) Publication 213 requires that all flaggers, at minimum, shall have training as per the most current version of Publication 408, Section 901.3 Flagger Training.[...]
View Calendar
Add